Mohamed Nedali is a French-speaking Moroccan writer who distinguishes himself for his eloquence and pertinence coated in a fine style. His last novel written in 2012 TRISTE JEUNESSE (Miserable Youth) won the Mamounia Literary Prize; it underscored his literary talent while it rewarded his literary work at the same time. Mohamed Nedali, as it were, is a booklist must. The Eclectic has set him some questions.

As all my fellow citizens did, I suffered so much from injustice during the hard years (les années de plomb) and even afterwards, which affected me and even traumatised me. That has been a repetitive evocation in my works, just as many other writers who followed the same track as mine have done. The outlet writing, or catharsis. In my last novel TEARS GARDEN , Souad the waitress is certainly the main victim of unjust actions, but her husband suffers as well, as much as she does or almost. Unjust actions are perceived then as natural catastrophies: they fall on those who are the most deprived, without any age or sex distinction. Thus said, I am firmly convinced that   whether Moroccans or Arabs, in general, women’s rights and dignity can be secured   only within laic systems where religion is a strictly private affair – which many women in our countries have not unfortunately yet understood.

Depending on the part of the world we find ourselves in, the book may have much or no importance. What can the reading of books offer to young people whether in Morocco or elsewhere?

It all depends on the kind of books they read. There are readings that add nothing to the reader; some may even be harmful. When I was an adolescent, I spent much time reading in Arabic exegete books, collections of Hadiths, religious or moralizing literature such as novels by Moustapha Lotfi Elmanfalouti (Annadarates, Al Abarates…), or the hagiographic works by Abbas Mahmoud Al Akkad grouped under the title “Al Abkariates… A few years later, when I started to read in French, I realized that I had wasted my time, or almost.

On the other hand, if reading is advised by an enlightened mind, it can be a means   to form well-educated, learned citizens, armed enough to fight life and its risks. Regarding this point, I often quote the French Lebanese writer Amine Maalouf who said in one of his texts: ‘If you come to read forty good books from what I myself call good books, you will be able to look life in the face!’

Can culture and literature be a lever for people to live together despite the identity withdrawal and integrism?

I am firmly convinced that reading literary works is the best rampart against integrism. Someone who reads is definitely protected against any extremist tentation. It is not surprising that the integrists start systematically by attacking a culture, its people, and its symbol: not long ago, it was the case with Algeria where intellectuals were assassinated; it was also the case with Afghanistan when the giant Buddahs were destroyed by the Talibans, or again with Mali just lately when minds of a worn-out era burned hundreds of ancient books… Literature softens manners, awakens the senses, tempers ardours, develops the reader’s critical mind; it teaches him all those high human values: respect for others, tolerance, solidarity, brotherhood…

Are culture and the artistic creation an alternative to classical modes of expressing ideas as for politics?

For some years now, the peoples of the West as well as of the East have more and more been turning their backs to politics and its followers, being sure that the real power will from now on be in the hands of the financial multinationals and tycoons. Because, by definition, it is one form of resistance to that sort of drifts, culture can actually be a good alternative. And it is already so since writers and artists in many countries are the first to denounce political and economical drifts. The political speech, whether it is right-winged or left-winged, laic or religious, has become no longer creditable while the cultural speech is getting more and more listened to, more and more appreciated. It is of no surprise that some politicians, mainly in the West, are trying to restore their image by being interested in culture and art. Some have embarked on the art of writing; for example, there is no French newcomer in the field of politics who has not published his book.

Finally, do you view the book as a source for meeting oneself and meeting up with the rest of the world?

Reading and writing are activities undertaken in stark solitude and silence, exactly as reflection and meditation are. When reading I often happen to wonder about my own self and about others. As for example, when I read a novel written by Haruki Murakami the Japanese writer, I experience the same feelings as the Japanese readers there on the other end of the earth do. One of the great lessons that has left its imprint on me from my readings of foreign literature is the fact that humanity is basically uniform: we are all the same, wherever our geopraphical situation is, whatever our history, our creeds, our culture are! This is a simple statement, would you say, but once you have made it, you become reconciled with our own human condition, and, starting from that, with your own self as well as with others.

Interview  of Mohamed Nedali by Sarah Anouar and traduction  of the interview by Wassila Baccar. 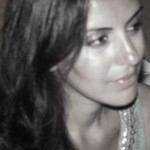 My intention is to help people expand their self-awareness & confidence. Overcome their emotional pain & self-doubt so they can transform & let their light shine to make a difference with their lives. I also do Astrology consultations & Tarot readings to find and communicate insights & healing to people who feel called to work with me.

"Two roads diverged in a wood and I - I took the one less travelled by and, that has made all the difference" - Robert Frost